It's that time again.  It's Maple Syrup Season! 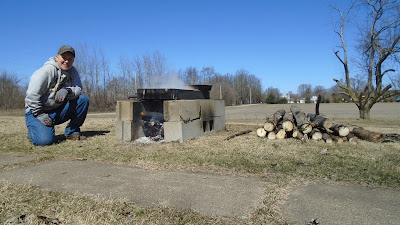 I spent the last couple weeks gathering sap from our Box Elder trees again this year.  I was very curious as to whether this year's batch would taste any different from last year's batch.  My gut was telling me there would be a slight variation simple because it's natural.  And natural things often vary due to a multitude of variables.

The weather was perfect for sap flow from the 3rd week of February through the 2nd week of March.  For sap to flow...temperatures need to go below freezing at night and then rise back up to around 40 degrees during the day.  Which is exactly what happened during the dates listed above...and hence why also you can't make maple syrup year round.  It's a Spring thing...and....is also a Native American inspired phenomena.  Native Americans used to make maple syrup as a source of sugar.  Brilliant!!

Honey on the other hand was a European thing.  Honey bees are not native to America...but I'll get into that in another post.

So after starting with ten plus five gallon food grade buckets like this.... 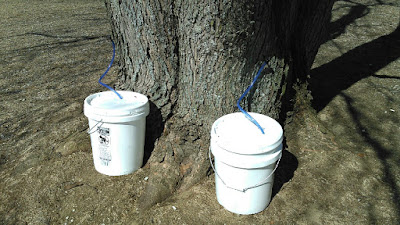 (Which by the way, hauling five gallon buckets full of sap is no easy chore.  I can't imagine the heavy lifting required at those MONSTER maple syrup farms up north in Michigan.)
And just in case you were wondering, sap looks just like water...but if you taste it...it's slightly sweet...sort of like a sugar water. 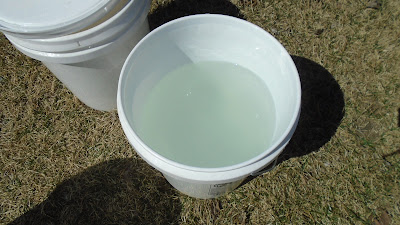 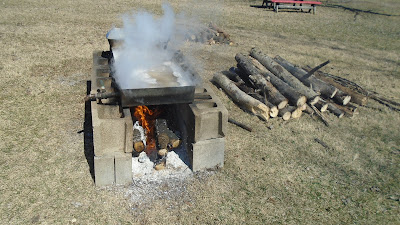 It took about 12 hours of outdoor boil time to get things down to syrup consistency and then about 2 more hours indoors to finish the process.  Lots of wood, lots of patience and a love of the outdoors and the smell of wood burning goes a looong way in this process! 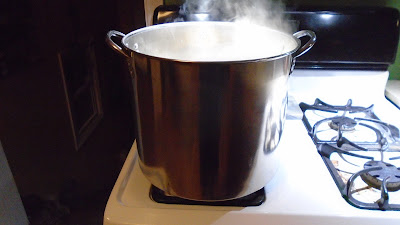 The indoors process...the final hour of boiling. When the sap reaches 219 degrees you're done! 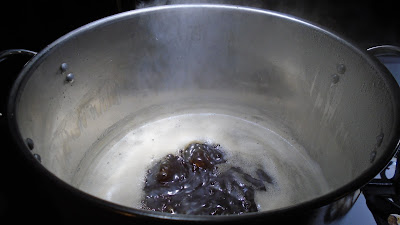 Interestingly, because I use sap from the Box Elder tree and not a Silver Maple, my finished syrup doesn't really have a mapley flavor...but rather more of a sugar syrup flavor with maybe a mild sorghum like taste to it.  The BEST part to me is....it's all natural syrup!!  No unknown crap added.  Just straight up, boiled down Box Elder tree sap. 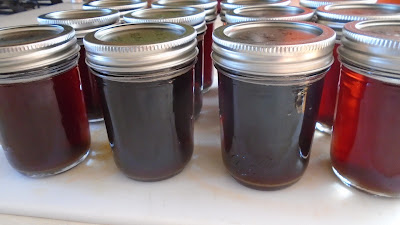 I'm not sure it's really worth all the effort and energy and time to do all this...but...the process of it all is pretty cool.  And yet another hobby farm skill I have going for me now.  I know how to make my own maple syrup!!