No. Not the human version of KFC, but the apparent wildlife view of our chickens.  After all...why not visit the local KFC? 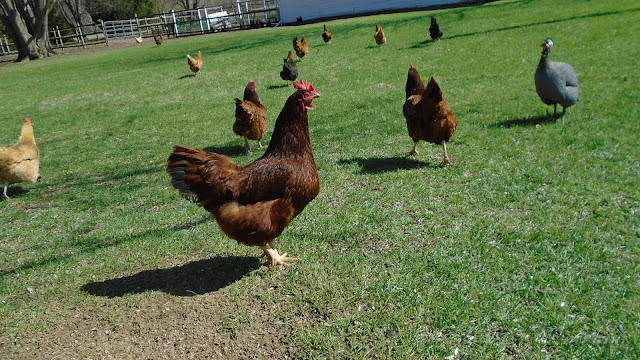 I used to like our chickens to roam freely in the backyard.  Well, for multiple summers in a row now, that's not turned out all that great for the chickens.

So I've learned a few things about chicken predators over the years. 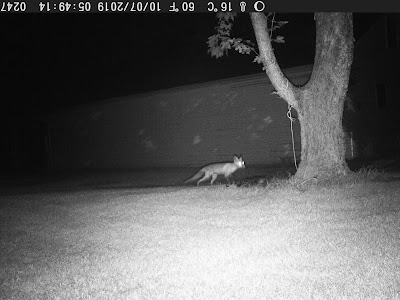 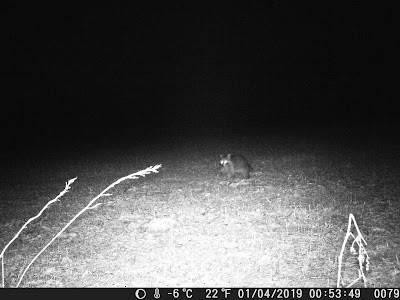 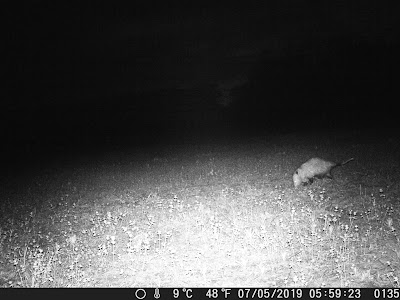 Hawks:
There was a time when my chickens would free-range in the backyard.  And then the red-tail hawks showed up.  After successfully killing 5-8 my chickens figured out that upon the roosters warning call if they'd high-tailed it the the pine trees (branches were down to the ground) they would be safe until the threat had lost interest).  That is...until the fox showed up.  Running to the pines now became a very bad defense...easy pickings for the fox.

Close up the barn at night...just before dark.  (Auto doors work great!  Battery powered, open and close automatically at sunrise and sunset).

Netting over the chicken yard if at all possible.

Shore up the chicken yard fences.  Wire fencing down into the ground at the bottom of your fences will help deter digger/tunnelers too.

Purchase replacement chickens.  Now this of course is futile if you don't first make attempt to deter predators.  Here's my latest batch of replacements. 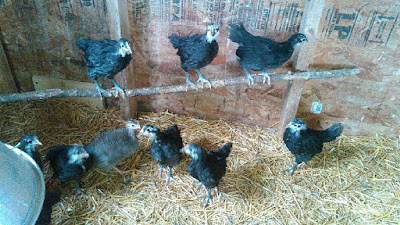 Posted by Rachel Dickson at 12:08 PM No comments: 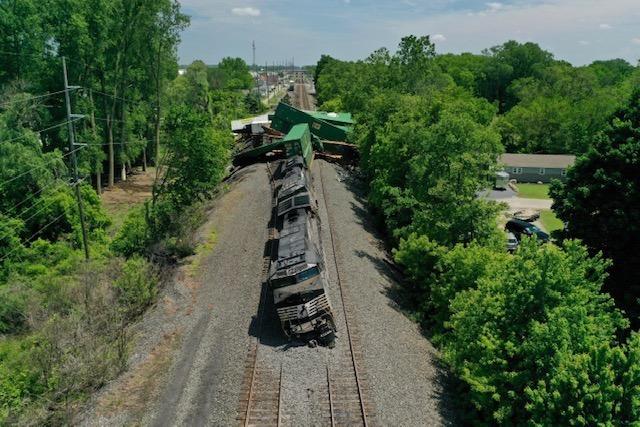 
Posted by Rachel Dickson at 11:01 AM No comments:

I was so thrilled to open my hive up this Spring and learn that the girls survived the winter!!  Originally when I jumped into beekeeping my idea was to start with one and then end on two hives.  I wasn't in any real hurry to get a second hive...but it just sorta unfolded in my lap this year.

Here's an image of the newly installed nuc (via Ramge farms...my local beekeeper extraordinare, thank you KENT!) into my second hive. 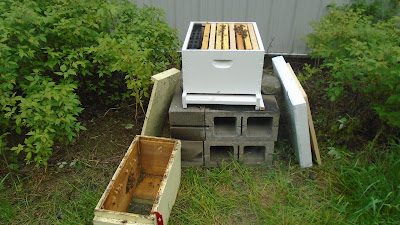 I continue to learn...somewhat by accident and somewhat by necessity when it comes to beekeeping and all involved.

My original hive swarmed this year. (can't say that I expected to experience that in just year 2...but there goes the learning again).  Fortunately, the remaining bees made a new queen and they're back to doing what bees do best...grow, gather, store, defend, repeat.

I did attempt to recapture my swarm...but they weren't having it and left to who knows where...maybe some other beekeeper was able to capture them and re-home them.  I'll never know.  But I know more than before about swarms and what to expect and what to do next, etc.  I also know that I've been delusional to think that my beekeeping adventure will end on just 2 hives.  I'll bet that in time I may have as many as 4 or 5...but I'm in no hurry to arrive at that.  Nope...too much learning still to do before that happens.

"Bees will do what bees will do.  Beekeepers are just along for the ride."  Rachel Dickson


Posted by Rachel Dickson at 10:43 AM No comments: