When neither choice is the one you want to make.

This morning's topic springs from lingering odors of last night. "Making choices. When neither choice is one you want to make."

So last night while closing up the chicken barn for the night, the evidence was clear. Small piles of dirt from recent digging and odd sounds coming from under the shelving unit in the corner of the barn. And that all-too-familiar-musky smell faintly noticeable in the air. My heart sank. Skunk.

The chickens were all perched for the night looking on curiously as to what I was doing in the barn with the light on at this hour (it was after 10 o'clock). I was standing still, Remington .22 in hand and waiting and watching. And I'm in a quandary.  I've have run-ins with skunks before...so this wasn't new for me...which is most likely why I was in this quandary.

Skunks smell. And if you are in the mere vicinity of a skunk...that special little cologne they wear somehow permeates your clothing and even your hair! I'm standing there watching the shelving unit that this little guy is digging under. I can't see him yet, but I hear him moving around and he doesn't even seem to notice that I'm nearby (which I think is quite interesting because you would never come this close to a squirrel or a raccoon or a rabbit and they not take note that a human is close by.  Must have something to do with the fact that they don't fear much? I mean, why would they...they have that awful smelling musky spray on their side!)

Thoughts that are rushing through my mind at this point range from, "Oh crap, the chickens are gonna all smell like skunk," to "I really don't want to have to do this", to "I hope there aren't other skunks nearby (but there probably are)", to "Damn it! Here we go again with the skunks bothering the chickens" and everything in between.

So I wait. I wait for this skunk (which at this point I haven't seen how big he is or even if there is more than one because he is under the very bottom shelf) to emerge and hope that it doesn't get ugly. The dogs are in the house for obvious reasons. The chickens are all looking on tossing out a quick comment here and there.  I opt for the choice of having to do this. Regardless of the fallout, good, bad or otherwise.  (I don't even want to begin to imagine the dogs getting sprayed, the cats, the chickens, the kids. Ugh.)

Probably about 3-5 minutes have passed (which is a REALLY long time when you're standing still in a barn watching and waiting for something you really don't want to have to choose is about to take place). And yet, something was about to happen that I would have NEVER predicted.

The moment of truth came and went in a flash! In all of about 10 seconds the choice was made. Three shots later (because I can't bare undo suffering) I hear from behind me my name being called. ???

It was Isaac, our ten year old. He was standing in the doorway of the barn.  Now this was the LAST thing I wanted at this moment, for several reasons. One, Isaac is very compassionate when it comes to animals.  Two, I knew that the musk from the skunk was likely to intensely permeate ALL the air in the barn in the next few minutes and we both needed to get out of the barn quick. Three, the first question Isaac asked was, "Did you kill any chickens?" Which  made me realize I was going to have to give a very long and detailed explanation that I really didn't want to have to give.

So in less than 10 minutes the very simply task of closing up the chicken barn for the night became loaded with choices that I really didn't want to have to make. Life is like that. Unsuspecting we go about our daily details and BOOM, here comes a moment that we really don't want to face, but have no choice but to move through that moment doing the best we can with what we can best predict the outcome from those choices will be. And sometimes things come at us like rapid fire. Yet I have learned ESPECIALLY in those times, to trust your gut.  Our knowers know deep down inside what needs to be done. We just have to find the courage to do what we know to do.

Like walking through a dark woods with a flashlight, we can only see to the edge of the light. Yet as we walk we make our way out of the dark woods one step at a time. Arriving on the other side better for it. Better for the experience of it.

So the smell lingers, actually, the barn wreaks this morning. But life goes on teaching us about ourselves.
Posted by Rachel Dickson at 7:26 AM No comments:

There's something that is very core to my being that when I see the opposite of it...it rattles me. The record screech stop and stare sort of rattle.
Disrespect or unkindness exhibited by one human being toward another.
Parents towards children, children towards parents, co-workers towards co-workers, students towards students, etc etc.
I just don't understand it. It's the very fabric of who we are..human beings...and yet, abuse and misuse is everywhere.
And yet it's as if we are teaching each other these things...how to or how not to act and behave and live and inspire, or not.
This is a dangerous thing...that seems to be chipping away at the "kindness factor." A smile, a kind word, a thank you, an act of gratitude, a "yes mam" or "please" or "what an outstanding job you did"...I hope and pray that these parts of our humanness never make the extinction list.
And yet, I too need to be reminded of expressing kindness to what's around me. So today I raise my hat to the billboard reminder. Be kind. Just because we are human.
Posted by Rachel Dickson at 7:49 AM No comments: 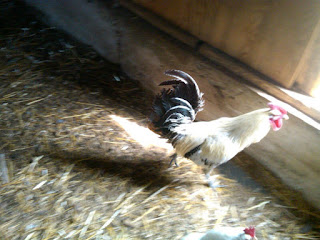 Posted by Rachel Dickson at 8:04 AM No comments: