...and furthermore....a salute to the women! 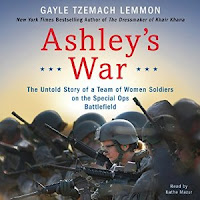 We all know that women have served in the United States Army, Navy, Air Force, Marines and Coast Guard. Whether as reservists, national guardsmen or full time...women who served or are serving now have earned as much credit as anyone else as a Veteran.

I've recently read a book titled "Ashley's War," which is the story of a unit of women hand-picked from across the army, and the remarkable hero at its heart: 1st Lt. Ashley White. Their experiences encompass fighting in the Middle East as ground troops right along side male Green Berets and Special Forces.  This story is most certainly worth the read as it sheds new light on the possibilities for women who truly understand what it means to be a combat soldier.  (And who, by the way, also agree that lower standards for women is a crock-of-shit.  I concur!)

There are so many different stories of women who serve in the US Forces...but today, let's not forget THEM! No matter what war, no matter what service...I salute the women today!! 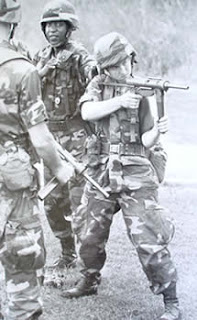 Posted by Rachel Dickson at 3:19 PM