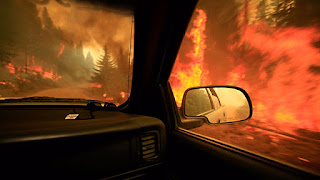 Said to be the worst wildfire to blanket the Smoky Mountains in over hundred years much has unfolded since Monday night primarily in the Gatlinburg area.

For those who don't know Gatlinburg, Wears Valley and Pigeon Forge was picked apart by wildfires that ravaged down from the Chimney Tops (in the Smoky Mtn National Park) in a matter of hours Monday night.  This due primarily to the unprecedented 80 mile an hour winds that churned up hot embers like a blow torch.

To read accounts, see photos and watch videos of the before, during and current coverage visit the following:


Ironically, if you haven't heard of the aweful events unfolding throughout East Tennessee among other areas of the south ravaged by draught and subsequent wildfires take a look at this interesting read:

Now I'm starting to read of criticism of how the local leadership handled the evacuation of the city of Gatlinburg (of which I'm sure will likely unfold in many other ways too) http://www.knoxnews.com.

What city (besides those who have previously experienced wildfires ripping through their city limits) has the experience and plans and policies in place for such a life-changing event?

Hind sight is always 20/20.  But let's be realistic about this...these fires came crashing into the city of Gatlinburg in a matter of hours.  There wasn't time to send out patrols to find the safest evacuation routes and then direct folks in an orderly fashion out of the city.  And let's just say that the cell phone alert system did work...who knows if this would have helped or hindered evacuations?

Ironically, the people did it!!  Those who were there...upon receiving word in some form or fashion got out...and helped others to get out too.  Horrifically, some lost their lives in the process.  (currently the death toll is at 13). Pets scattered and were separated from the ones who loved them the most.  (some of which perished also).  And yet...in spite of the losses there was also much...escape....survival...and rescue.

This is community as I know it.  When circumstances suddenly become a fight-for-our-lives...the people join together and help each other survive.  It's what people do.  Contrary to what the media seems to think (that we can't do anything on our own accord...through our own efforts...without local authorities taking us by the hand).  Don't get me wrong...fire fighters and police worked tirelessly through the whole ordeal and still are putting forth unbelievable effort.  But let's also commend the community itself for its own survival!

The events that unfolded since Monday night in Gatlinburg, Tennessee (and the immediate surrounding areas) are a testament to human fortitude. Let us never forget...the people are what makes this nation great!

Want to help...buy a t-shirt!  Proceeds benefit the Red Cross to help those in East Tennessee.
This is a collaboration between local NBC channel 10 in Knoxville and the Red Cross.
click here
http://www.wbir.com/store 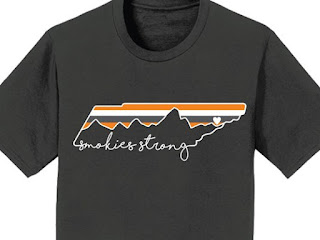 Posted by Rachel Dickson at 5:07 PM